Home » Cats » Cats Are Carnivores Too

CATS ARE CARNIVORES TOO

Changing a cat over to a raw diet very often isn’t easy, and in some cases can be a major issue. Tt took a friend of mine almost 3 months to transition her cat, but she was determined to get him eating his SARF (Species Appropriate Raw Food) diet. As he was coming straight from a dried biscuit “food”, she mixed wet tinned food to his dry, got him eating the tinned wet “food” and then added the raw until he was eating his SARF diet, the one that nature intended.

Kittens however will generally take to raw food like a duck to water. “Special kitten food” is unnatural and unnecessary. They eat the same food as adult cats, just more of it and more often as we’re feeding growth and development, you can use the same raw feed calculator below as the one that’s used for dogs.

A GUIDE TO FEEDING YOUR PET THE RIGHT WAY

We’ll give you tailored feeding advice based on your pet’s needs.

Please note the raw feeding calculator has been developed and used for around 60 years, it is proven and works, but is however only a guideline. The amount of food you feed is also determined by their metabolism and level of exercise and activity your dog/cat receives. Some owners can be shocked at the portion of food their dog actually eats/needs in comparison to what the calculated amount reads. 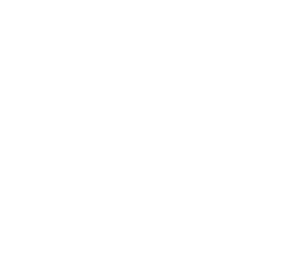 Although cats are naturally designed to kill and eat immediately they can also eat the pre minced foods. The fresh kill provides high levels of taurine, one thing that cats must have. This can very easily be provided by simply mixing heart in to the daily allowance, we actually have a chicken mince that is pre mixed with the heart, to make it a little easier. That said it isn’t too difficult to add heart and 20% added to their daily feed is the rule of thumb.

You will also need to introduce your kitten to raw meaty bones, they will learn to chew eating them easier as they develop. Kittens will generally tackle a chicken wing. If you have an older cat that eats raw meaty bones let the kittens watch, they will mimic the behaviours of the adults around them & learn.

As with any predator a cat’s metabolism is designed to cope with periods of fasting when prey is thin on the ground, this allows them to rest organs & for their body to flush out any unwanted wastes or chemicals (this is the same with all animals).

Please note:
Cats that have been fed on dried food may suffer with liver problems. In this case, missing one or two meals will cause them to suffer from hepatic lipidosis. With raw fed cats this is not an issue.

In the 1930s Dr Francis Pottenger Experimented with his 900 cats, he divided them into two groups. Feeding one-half a raw food diet and the other identical cooked ingredients. He found after some time, his cats that were fed the cooked food were a lot sicker with problems such as allergies, skin problems, parasites, skeletal disease, heart conditions and much worse, some after just three generations lost the ability to reproduce. Today’s commercial (manufactured) foods need to contain extra chemicals to help overcome this reproductive problem. This is the only reason domestic cats fed on a processed diet are not infertile, further evidence why your cat should be on a raw (natural) food diet, and should silence anyone who tells you that you are “bonkers “for feeding your cat what it would eat naturally in the wild!

The main problem with processed, dried pet “food” is that it’s synthetic (fake) it is simply food stuff that can never assimilate with the body’s cells like a SARF (Species Appropriate Raw Food) diet does (80 million species of animal thrive on their SARF diet in the wild without the need for a vet or flea, worm and vaccination treatments. These processed “foods” also contain too much grain and or carbohydrate. Another study, quoted by Dr Clare Middle in her book Real Food for Dogs and Cats, found that cats on a raw food diet live an average of 14 years compared to cats on processed food, who only live an average of 12 years and generally have many diseases.

She mentions that the evidence points to higher incidences of a range of diseases amongst cats fed a processed “food”, including obesity, kidney failure and diabetes. She blames the high carbohydrate content, pointing out that even upmarket, expensive dried cat foods may have 25% carbohydrate, whereas the optimum percentage for cats should be between 3 and 5%. Of course, tinned food tends to have a lower percentage of carbohydrate but it is still cooked and still lacks all the natural amino acids and enzymes that cats require to remain healthy, the actual fact is that they do not contain natural minerals/nutrients the cells of the body require from the assimilation of digestion, they were only ever and naturally designed to process a raw food that compliments their biological structure.

As mentioned, changing a cat over from a commercial processed/synthetic (fake) diet can be quick or very slow. It can happen immediately or can take up to three months. Cats often become addicted to dry food, this is what makes it difficult for them, along with them having readily available food. Cats/dogs don’t need readily available food and like all animals in nature wouldn’t have a set meal at a set time or a set amount.

Please see our slow changeover page that can assist you with a fussy cat.